When an application reaches a certain amount of code, the application code gets usually partitioned amongst several Visual Studio solutions. Visual Studio ends up slowing down, especially if it hosts several addins. Above a certain volume of code in the opened Visual Studio solution, the IDE becomes quasi-impracticable. The volume threshold naturally depends on the underlying hardware. For example, on a modern 2000US$ laptop (64bits dual core + SSD + 8GB RAM + Wnd8) one can experiment 20 seconds to open a 50.000 Lines of Code solution. The compile-all time mostly depends on how VS projects are organized and referenced, but if it is more than 10 seconds one can consider it as a major burden.

So code volume can be a reason to split an application code amongst several VS solutions, but there are several other reasons. The most common one is certainly the need to separate VS test projects from VS application projects.

Concretely the NDepend team is facing the multi VS instances paradigm as anybody else with a sufficiently large code base. Not counting the test solution, the bulk of the NDepend code is spawned on 2 Visual Studio solutions: NDepend.Framework.sln and NDepend.UI.sln. These solutions are made of around 50K logical Lines of Code each. Projects from NDepend.UI.sln depend on projects in NDepend.Framework.sln.

To make Application-Wide a reality, a NDepend project must reference all assemblies built by all VS solutions (test code assemblies can be included or not, here we chose not). 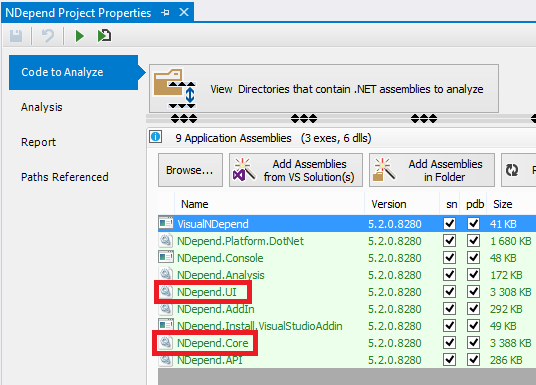 This NDepend project will constitute the common base that will make several VS instances aware of each other. The same NDepend project must be attached to each VS solution.

Now several VS instances are ready to collaborate. For example if one ask for types that are using the namespace NDepend.Helpers… 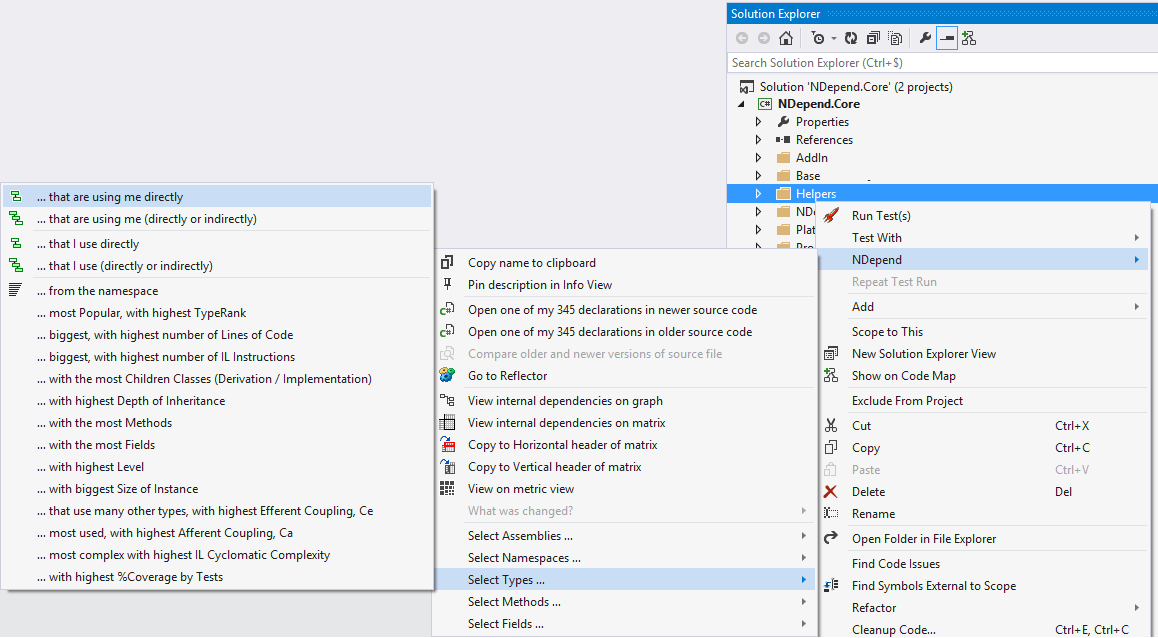 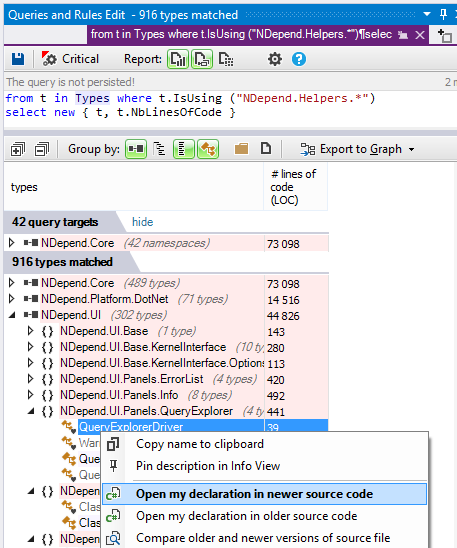 The VS instances collaboration can happen from CQLinq query generated from Solution Explorer, from Solution Navigator, but also, from source code editor directly. 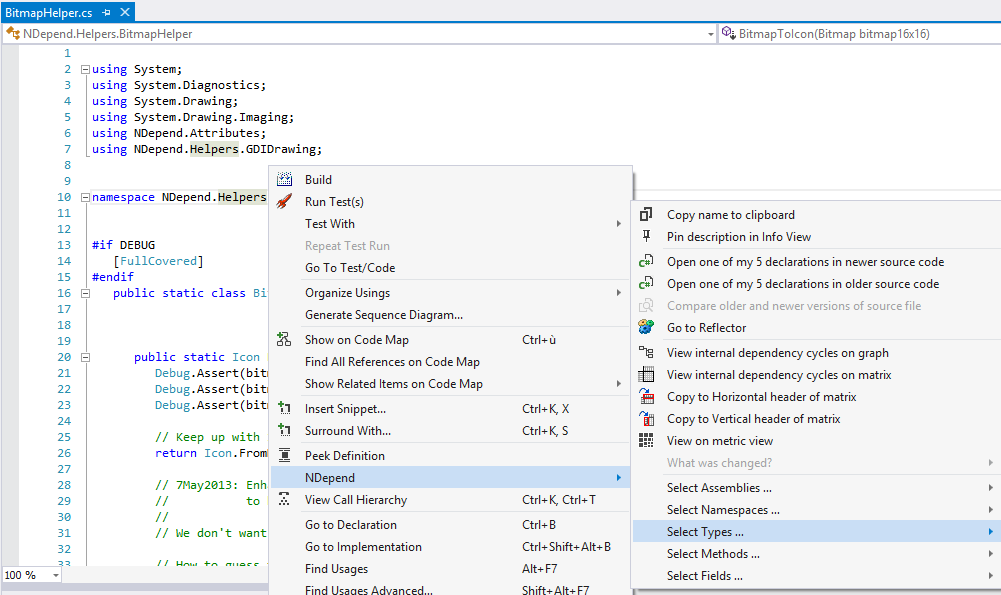 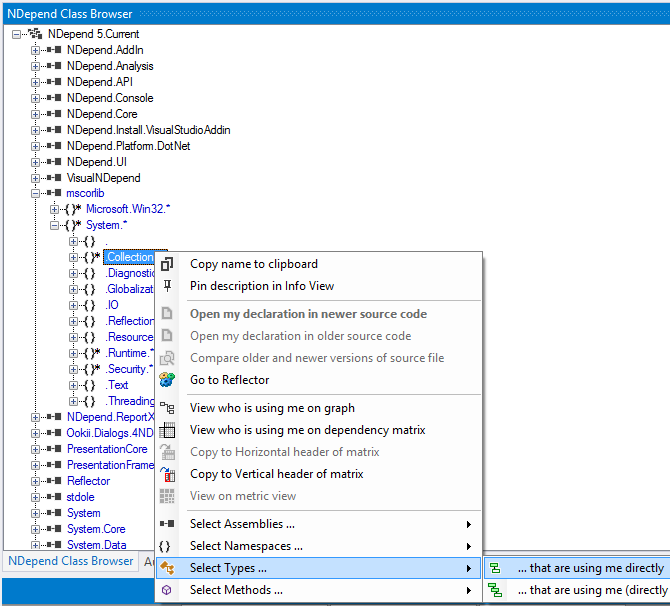 Certainly, most software developer used to be a kid that destroyed his toys to see what was the magic inside. So let’s look under the hood about how the things work.

We developed several tricky heuristics to recompose all the exposed file structure from assemblies files themselves. The result is that, when attaching a common NDepend project file to several Visual Studio solutions, all living Visual Studio instances becomes aware of each other and can collaborate. Several VS instance collaboration is a great feature. But another interesting point in embracing application-wide code through a single shared NDepend project file, is that the NDepend static analysis results and tools (CQLinq rules, dependency matrix/graph, 2 snapshots comparison, code coverage results...) also work application-wide. As a consequence, you can harness NDepend static analysis results and tools on the entire application, in each living VS instance. Concretely you can be informed on a flaw in VS sln B, from within a VS instance with VS sln A opened. Finally, let's notice that the heuristic can be somewhat blurred if some VS project are shared amongst several VS solutions. In that case several solutions can own a same code element. The heuristic will certainly find a VS solution but at a point in time, this might not be the VS solution you expected when trying to make several VS instances collaborate.